The recent report of the National Longitudinal Transition Study indicates that, although the engagement and use of school supports have increased over the past decade (2003-2012), high school youth with an IEP are more socioeconomically disadvantaged and less likely to have experiences and expectations associated with success after high school than were other students in 2012. Among the disability groups in 2012, youth with intellectual disability, autism, deaf-blindness, multiple disabilities, and orthopedic impairments were found to be most at-risk for not transitioning successfully beyond high school.


Here are some very discouraging highlights from the executive summary of he first volume:

There is a lot of data in this report. Here is a summary by our friends at the Council for Exceptional Children. All volumes of the report of the National Longitudinal Transition Study  are available here.
Posted by Jim Gerl at 10:36 PM No comments:

Gun violence in schools affects both general education and special education. We have written here before about keeping children with disabilities safe during school crises, for example.

Former Secretary of Education Arne Duncan retweeted recently that his family will follow a suggestion that parents should keep kids out of school until gun safety laws are passed. The theory is that lack of attendance  from a school boycott would force legislatures to act on gun violence.

This is brilliant, and tragically necessary.
What if no children went to school until gun laws changed to keep them safe?
My family is all in if we can do this at scale.
Parents, will you please join us? https://twitter.com/pcunningham57/status/997498464542978048 …

Here is an article about the idea. Here is the original tweet and the reaction tweets. {Ten years ago, I would never use the phrase "reaction tweets!"}

Your thoughts?
Posted by Jim Gerl at 5:48 PM No comments:

On Wednesday, the Illinois State Board of Education took the extraordinary step of imposing a special monitor to oversee special education for my alma matter, the Chicago Public Schools. The corrective action comes after an investigation that found new policies delayed and denied students services that they were entitled to under IDEA.

Here is a quote from the Sun Times article:
"The Illinois State Board of Education on Wednesday voted to appoint an independent state monitor to oversee Chicago Public Schools’ under-fire special education program.
“The corrective action and recommendations we offered today are the right first step to helping CPS fully serve all children and families,” State Superintendent of Education Tony Smith said in a statement. “The common good requires uncommonly good public schools. With the State Board’s action today, the Public Inquiry process concludes, and the road to transformation begins.”
The unanimous vote comes just days after state board officials said CPS has violated federal law protecting special education students.
Last month, ISBE officials found that some of CPS’ special education reforms made during ousted CEO Forrest Claypool’s tenure with help from consultants he’d known for years, “delayed and denied services to individual students” under the federal Individuals with Disabilities Act."
Here is the Sun Times newspaper article. Here is an NPR story on the appointment of the monitor.
Posted by Jim Gerl at 10:46 AM No comments: 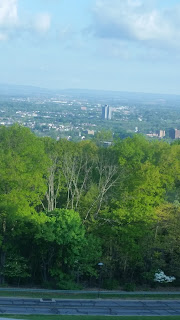 Recently released  data on nearly every public school in the nation shows that students with disabilities continue to be disciplined and experience restraint and seclusion at far higher rates than others. Here is a quote from an article in disability scoop
The figures come from the latest data collection from the U.S. Department of Education’s Office for Civil Rights. It reflects the experiences of more than 50 million students at over 96,000 public schools across the country during the 2015-2016 school year.
The Education Department found that 12 percent of students were served under the Individuals with Disabilities Education Act and another 2 percent under Section 504 of the Rehabilitation Act.
However, students with disabilities were affected by various disciplinary procedures disproportionately. These children accounted for 28 percent of referrals to law enforcement or school-related arrests, 26 percent of out-of-school suspensions and 24 percent of expulsions, the report found.
Meanwhile, the vast majority of the estimated 122,000 students restrained or secluded at school had disabilities, the Education Department said. Children served under IDEA represented 71 percent of those restrained and 66 percent of kids subject to seclusion.
Even with the high number of reports of restraint and seclusion of students with disabilities, concerns have come to light in recent months that schools may be underreporting the practice.
“I am aware of this issue, this claim,” U.S. Secretary of Education Betsy DeVos told lawmakers during a March hearing on Capitol Hill. “We’ll certainly look into ways that we can continue to insist and ensure that states are appropriately addressing and reporting these situations.”
Separately, the latest civil rights data also indicated that just over 1 in 10 allegations of harassment or bullying that schools received were based on disability, while students with disabilities accounted for a quarter of those disciplined for harassment or bullying.
Denise Marshall, executive director of the Council of Parent Attorneys and Advocates, said the findings from the civil rights data are concerning.
“(It) seems clear that our kids continue to be harmed by the failure of the Department (of Education) to take action to address the gross inequities and disparity in treatment,” she said. “How many more generations will it take?”

You can review the OCR Civil Rights Data Collection here. Here is the OCR press release
Posted by Jim Gerl at 10:32 PM No comments:

You can read the Education Week article here.

Also note this very cool cartoon of the Endrew F oral argument from the article: