The U.S. Department of Education’s Office for Civil Rights (OCR) on Tuesday issued guidance clarifying the obligation of schools to provide students with attention-deficit/hyperactivity disorder (ADHD) with equal educational opportunity under Section 504 of the Rehabilitation Act of 1973.

You can review the 42 page guidance document here. A press release concerning the guidance is available here.
Posted by Jim Gerl at 6:02 PM No comments:

The U.S. Department of Education yesterday released guidance to states and school districts on the new provisions in the Every Student Succeeds Act (ESSA) for supporting homeless youth. The new provisions address the needs of homeless individuals, and ensure educational rights and protections for homeless children and youth. The guidance released today will assist state and local partners in understanding and implementing the new law in order to better protect and serve homeless students and help schools in providing these students with much needed stability, safety, and support. The guidance was informed by the input of a diverse group of stakeholders to best address the needs of homeless youth.

During the 2013-14 school year, more than 1.3 million homeless children and youth were enrolled in public schools. Research shows that these students experience significant academic, social, and socio-emotional challenges, and that being homeless is associated with lower school achievement and increased risk of dropping out of school. In addition, students who experience high mobility and attend many different schools over the course of their education often slip academically with each move. Recognizing these challenges, this guidance offers technical assistance on promising practices for helping homeless youth through the implementation of homeless education requirements at the State and local levels, focusing particular attention on changes under ESSA.

You can review the press release here.  You can read the guidance document here. Related guidance is available here.
Posted by Jim Gerl at 3:20 PM No comments:

To celebrate, here are some interesting facts and numbers from our friends at the Census Bureau:

Population Distribution
56.7 million
The number of people in the United States in 2010 with a disability, according to the Survey of Income and Program Participation
People with disabilities represented 19 percent of the civilian noninstitutionalized population. People with a disability have a physical or mental impairment that affects one or more major life activities, such as walking, bathing, dressing, eating, preparing meals, going outside the home or doing housework. A disability can occur at birth or at any point in a person’s life. Source: Americans With Disabilities: 2010 <http://www.census.gov/prod/2012pubs/p70-131.pdf
>


15.7 million
The number of people age 65 and older with at least one disability, according to data collected from the American Community Survey  from 2008 to 2012, which makes up 39 percent of the population in this age group. Of this group, two-thirds had difficulty in walking or climbing stairs. The second-most cited disability was difficulty with independent living, such as visiting a doctor’s office or shopping. Source: Older Americans With a Disability: 2008-2012
<http://www.census.gov/content/dam/Census/library/publications/2014/acs/acs-29.pdf
>


19.9%
The percentage of the civilian noninstitutionalized population in West Virginia in 2014 with a disability — the highest rate of any state in the nation. Utah, at 9.6 percent, had the lowest rate. Source: 2014 American Community Survey, Table GCT1810 <http://factfinder.census.gov/bkmk/table/1.0/en/ACS/14_1YR/GCT1810.US01PR
>


28.1%
The percentage of the civilian noninstitutionalized population in Pike County, Ky., in 2014 with a disability — among the highest rate in the nation among counties with populations of 65,000 or more. Loudoun County, Va., at 5.5 percent, had among the lowest rates. Source: 2014 American Community Survey, Table GCT1810 <http://factfinder.census.gov/bkmk/table/1.0/en/ACS/14_1YR/GCT1810.US05PR
>


23.2%
The percentage of the civilian noninstitutionalized population in The Villages (CDP), Fla., in 2014 with a disability — among the highest rates in the nation among places with populations of 65,000 or more. San Ramon, Calif., at 4.3 percent, had among the lowest rates. A place is a city, town, village or borough, either legally incorporated or not. Source: 2014 American Community Survey, Table GCT1810 <http://factfinder.census.gov/bkmk/table/1.0/en/ACS/14_1YR/GCT1810.US13PR
>


14,060
The number of business establishments that provided pet care (except veterinary services) in 2012. These businesses generated revenues of $3.4 billion. Among these businesses are those that train assistance dogs. Source: 2012 and 2007 Comparative Economic Census Geographic Area Series (NAICS 812910
) <http://factfinder.census.gov/bkmk/table/1.0/en/ECN/2012_US/81A2//naics~812910
>


25,964
The number of business establishments providing services for the elderly and people with disabilities in 2012. These businesses employed 901,359 workers and generated $34.1 billion in revenues. In 2007, there were 20,433 such establishments, employing 621,545 people and producing $25.3 billion in revenues. These establishments provide for the welfare of these individuals in such areas as day care, nonmedical home care or homemaker services, social activities, group support and companionship. Source: 2012 and 2007 Comparative- Economic Census Geographic Area Series (NAICS 624120
)  <http://factfinder.census.gov/bkmk/table/1.0/en/ECN/2012_US/62A2//naics~62412
>


7,832
The number of business establishments providing vocational rehabilitation services in 2012; these businesses employed 312,659 people and generated revenues of $12.4 billion. In 2007, there were 7,631 such establishments, employing 303,713 people and producing revenues of $11.5 billion. These businesses provide job counseling, job training and work experience to people with disabilities.Source: 2012 and 2007 Comparative Economic Census Geographic Area Series (NAICS 624310
)<http://factfinder.census.gov/bkmk/table/1.0/en/ECN/2012_US/62A2//naics~624310
>


2,344
The number of business establishments providing translation and interpretation services in 2012; these businesses employed 24,926 people and generated revenues of $4.2 billion. In 2007, there were 1,975 such establishments, employing 14,546 people and producing revenues of $1.9 billion. Among these businesses are those that provide sign language services. Source: 2012 and 2007 Comparative Economic Census Geographic Area Series (NAICS 541930
)<http://factfinder.census.gov/bkmk/table/1.0/en/ECN/2012_US/54A2//naics~541930
>


Specific Disabilities
Note: All data in this section come from Americans With Disabilities: 2010
, which contains data from the Survey of Income and Program Participation
.


Mobility
Note: The source for the data in this section is Desire to Move and Residential Mobility: 2010-2011
, a report which uses data from the Survey of Income and Program Participation
.

What questions about special education should we ask the major party candidates for President? #Education Politics
Posted by Jim Gerl at 9:00 AM No comments:

Sometimes My Job Is Pretty Cool - Part II #Where is JG? 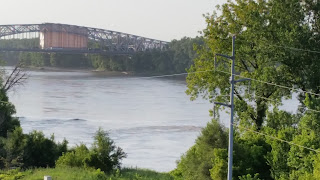 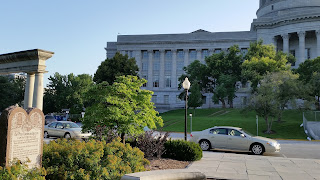 Sometimes My Job Is Pretty Cool - Part I #WhereIsJG 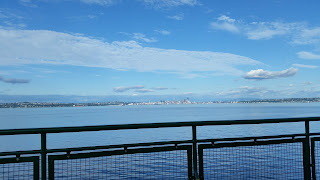 What questions about special education should we ask the major party candidates for President? #Education Politics
Posted by Jim Gerl at 9:00 AM No comments:

What questions about special education should we ask the major party candidates for President? #Education Politics
Posted by Jim Gerl at 9:01 AM No comments:


The Fourth of July is a big holiday for our country, and these days we really need a big holiday. I have always loved this day; what other country believes in an inalienable right to pursue happiness! Independence Day is also a time to reflect on the concept of independence. Independence Day is also a time to reflect on the concept of independence.
For people with disabilities, independence is an important goal. Congress has stated that encouraging independent living for people with disabilities is the policy of the United States government. IDEA, Section 601(c). Indeed, one of the purposes of special education is to prepare children with disabilities for independent living. IDEA, Section 601(d)(1)(A).
Before passage of the EHA, the predecessor of the IDEA, in 1975, education of children with disabilities, who were then called "handicapped," was iffy at best. According to the legislative history of the EHA, which is quoted in the seminal Rowley decision by the Supreme Court, millions of children with disabilities were then either totally excluded from school or were warehoused until they were old enough to drop out. Bd. of Education v. Rowley, 458 U.S. 176, 191, 103 LRP 31848 (1982). At the time, it was estimated that of the eight million children who required special education, only about 3.9 million were receiving an appropriate education. Bd. of Education v. Rowley, 458 U.S. 176, 191, 103 LRP 31848 (1982).
These numbers are shocking. 1975 was not long ago. Yet we have made real progress since then. Special education may have its detractors, but it is now widely accepted. Very few children with disabilities are now excluded from school. Some still do not receive an appropriate education, but there are now remedies available when that happens. We have come a long way!
I realize that we are not finished.  But as we look forward on this Independence Day to how we can do a better job of educating children with disabilities and preparing them to live independently, let us also look back for a moment and congratulate ourselves on the excellent progress we have made in what in public policy terms is truly a very short time.


To help us celebrate, here are some fun facts from our friends at the Census Bureau:


On July 4, 1776, the Continental Congress approved the Declaration of Independence, setting the 13 colonies on the road to freedom as a sovereign nation. This most American of holidays will be marked with typical festivities ranging from fireworks, parades and concerts to more casual family gatherings and barbecues across the country.
2.5 million
In July 1776, the estimated number of people living in the newly independent nation. Source: Historical Statistics of the United States: 1789-1945 <http://www2.census.gov/prod2/statcomp/documents/HistoricalStatisticsoftheUnitedStates1789-1945.pdf
>


The Signers
56
The number of signers to the Declaration of Independence. Benjamin Franklin, John Adams, Thomas Jefferson, Roger Sherman and Robert R. Livingston comprised the Committee of Five that drafted the Declaration. Jefferson, regarded as the strongest and most eloquent writer, wrote most of the document.
It is also worth noting that:
·        John Hancock, President of the Second Continental Congress, was the first signer, and a merchant by trade. In 2014, there were 7.6 million business establishments with paid employees in the U.S.; 1.1 million, like Hancock, were in the retail trade industry. Source: 2014 County Business Patterns <http://factfinder.census.gov/bkmk/table/1.0/en/BP/2014/00A1//naics~00|44-45
>

And the Rockets’ Red Glare


54
The number of counties and census incorporated places that have “union” in the name. In total, there are 204 places with active governments that contain “union.”  Sources: Source: 2015 U.S. Gazetteer Files <http://www.census.gov/geo/maps-data/data/gazetteer.html
>

The British Are Coming!

$114.1 billion
The dollar value of trade in 2015 between the U.S. and the United Kingdom, making the British, our adversary in 1776, our eighth-leading trading partner today. Source: International Trade Statistics <http://www.census.gov/foreign-trade/balance/c4120.html
>