This Blog Is No Longer Active

Previous posts have not been deleted and may be searched with the search box on the left hand side.


Jim Gerl is no longer associated with this blog.Please see previous posts for further details. Thank you.
Posted by Jim Gerl at 5:11 PM 6 comments:

It was a good run! This blog will cease to exist at the close of business on Monday.


This blog is coming to an end. Since May 9, 2007, we have done much to advance our goal of increasing knowledge of  special education law among people who are involved in special education.

As a part of this effort, we also started Special Education Law Groups on Facebook and a LinkedIn . Some people misused the groups by posting inappropriate language or attacking individuals or trying to peddle your books or services. I tied to eliminate those things when brought to my attention. But for the most part the "archived" Facebook group members and the 28,000 plus members of the LinkedIn group were well behaved. Thank you for that.

Along the way, stuff happened. We twice got to interview various Assistant Secretarys of OSERS. We were quoted  in the influential SCOTUS blog. We once referred to Section 504 as the redheaded stepchild of special education, on the other hand, and had to apologize to both redheads and stepchildren. We had some perilous travel experiences. We had the awesome experience of witnessing live oral argument at the U. S. Supreme Court in a special education case. We ran a number of periodic series of posts on bullying, special ed law 101, and IDEA procedural safeguards, among others. We analyzed law review articles and high court decisions. A lot of stuff happened.

At the end, we tried to sell the blog and related enterprises. Lack of time and technical expertise  eventually caught up with us and prevented us from processing the offers of some interested persons. So instead of living on, this blog and the groups and related items will cease to exist at the close of business on Monday. Thanks for the interest; it just didn't work out.

So to all of our readers- thanks for everything! It has been a good run! I will miss you.

Who better to play us out than B. B. King and some very impressive friends?

CAVEAT: This post does not directly involve special education, or does it?


Correct Answer: There Ain't None! My powers are beyond your comprehension.

After more than eleven years, my time with the special education law blog will soon be drawing to a close. I'll explain all of this in detail later. For now, I'll just say that I'm gong to miss this place.

Rather than let it let it just fade away though, I wondered if anybody out there would be interested in purchasing the blog and continuing our tradition of providing valuable information to the  many stakeholders on all sides of special education, our cherished readers.

If you would like to make an offer to buy the blog and all of the related mailing lists, please contact me as soon as possible at jimgerl@gmail.com. Let me know what you think. 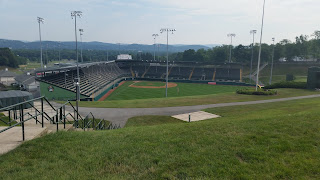 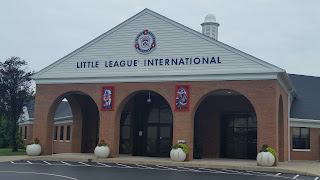 Happy Independence Day!
We have had many requests to restate a post from our archives that expresses our feelings on this holiday. Here goes:


The Fourth of July is a big holiday for our country, and these days we really need a big holiday. I have always loved this day; what other country believes in an inalienable right to pursue happiness! Independence Day is also a time to reflect on the concept of independence. Independence Day is also a time to reflect on the concept of independence.
For people with disabilities, independence is an important goal. Congresshas stated that encouraging independent living for people with disabilities is the policy of the United States government. IDEA, Section 601(c). Indeed, one of the purposes of special education is to prepare children with disabilities for independent living. IDEA, Section 601(d)(1)(A).
Before passage of the EHA, the predecessor of the IDEA, in 1975, education of children with disabilities, who were then called "handicapped," was iffy at best. According to the legislative history of the EHA, which is quoted in the seminal Rowley decision by the Supreme Court, (which remains good law even after Endrew F) millions of children with disabilities were then either totally excluded from school or were warehoused until they were old enough to drop out. Bd. of Education v. Rowley, 458 U.S. 176, 191, 103 LRP 31848 (1982). At the time, it was estimated that of the eight million children who required special education, only about 3.9 million were receiving an appropriate education. Bd. of Education v. Rowley, 458 U.S. 176, 191, 103 LRP 31848 (1982).
These numbers are shocking. 1975 was not long ago. Yet we have made real progress since then. Special education may have its detractors, but it is now pretty widely accepted. Very few children with disabilities are now excluded from school. Some still do not receive an appropriate education, but there are now remedies available when that happens. We have come a long way!
I realize that we are not finished. But as we look forward on this Independence Day to how we can do a better job of educating children with disabilities and preparing them to live independently, let us also look back for a moment and congratulate ourselves on the excellent progress we have made in what in public policy terms is truly a very short time.
Happy Independence Day.
Posted by Jim Gerl at 10:47 PM 3 comments:

Now that the Endrew F decision by the Supreme Court has been around for a while, has it made any difference in the education of children with disabilities? #FAPE
Posted by Jim Gerl at 9:00 AM 6 comments: